How Is Chemical Remediation Accomplished? 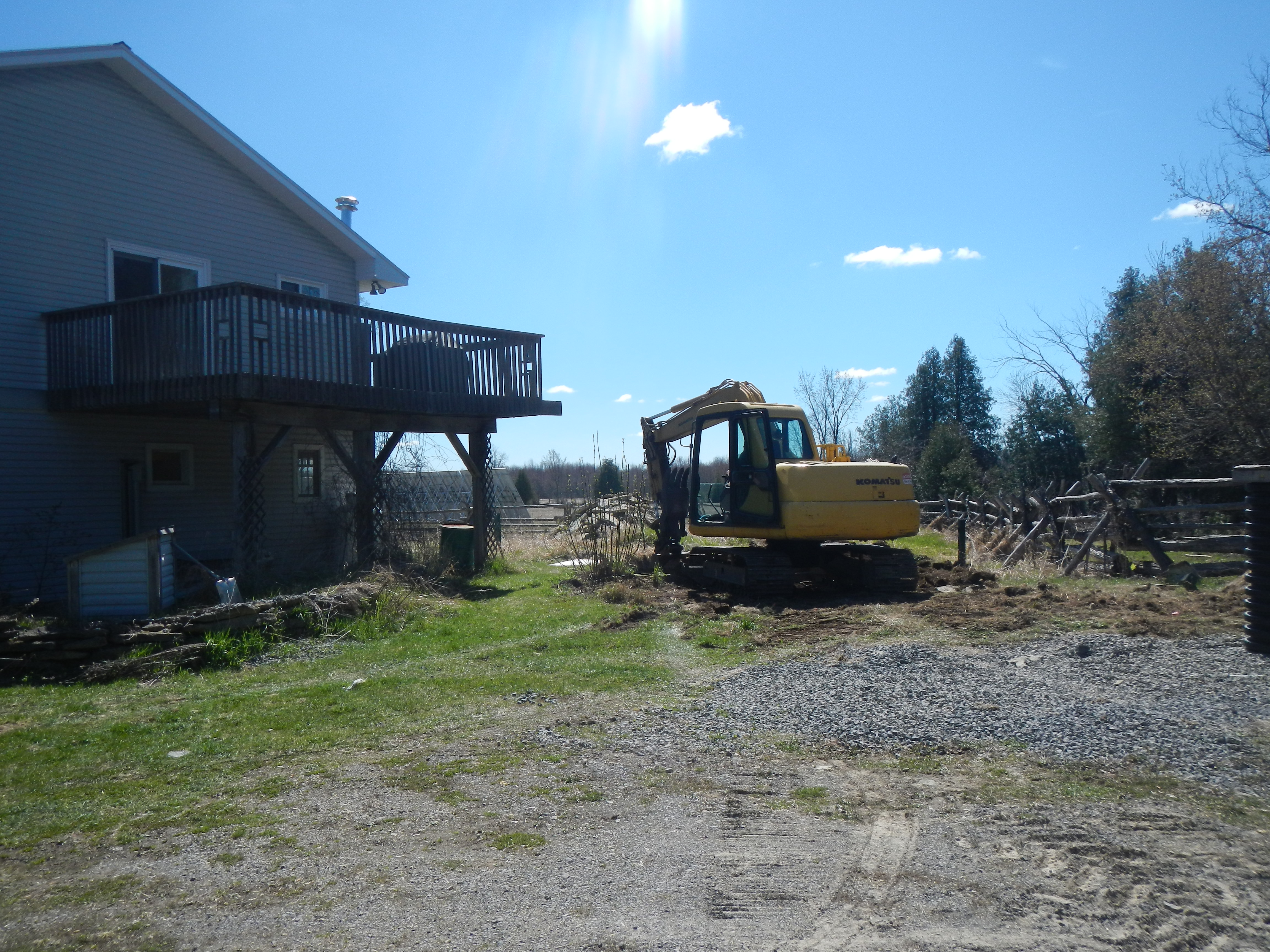 This was a recent site which AEL worked on, which was contaminated after a fuel tank leaked on the property. A chemical remediation was best suited for the site.

This photo shows the excavator beginning to dig a hole for remediation trench.  The hole would be approximately 5 m x 5 m down to groundwater, which was measured in the groundwater wells at about 1.7 m below surface.

Remediation is aimed at the groundwater, which contains a dissolved plume of hydrocarbons.

The ground was solid bedrock right below surface, but the layers were fairly thin. AEL's staff were fortunate and were able to get a lot of the bedrock out with the excavator teeth, but also used a rock breaker. 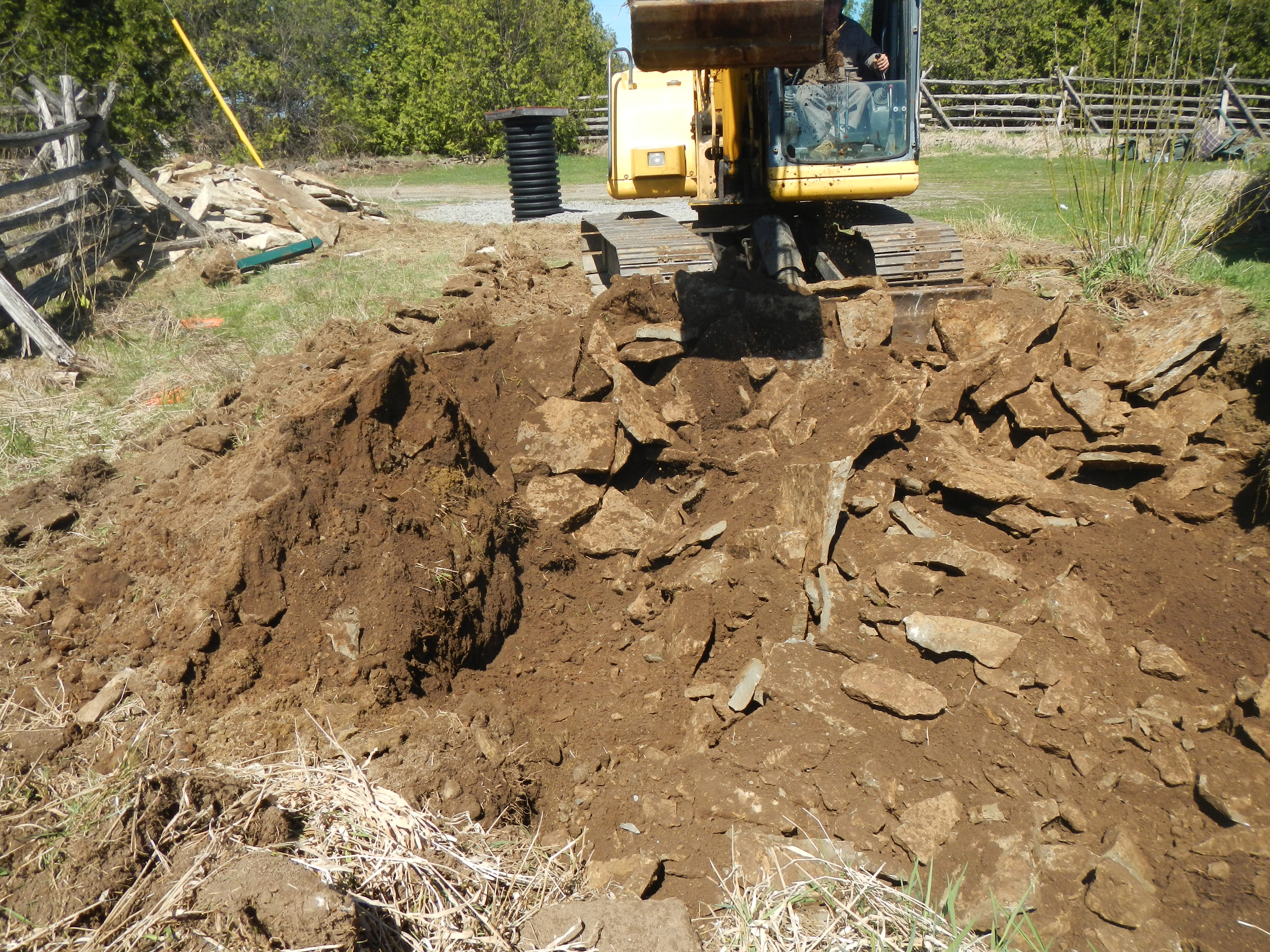 As the rock layers were broken up, they were placed on tarps and will be stored on another area of the property. The tarps prevent the rock from contaminating any other areas of soil.

About 4-5 feet down, a strong hydrocarbon odour was present as the bedrock was broken up. 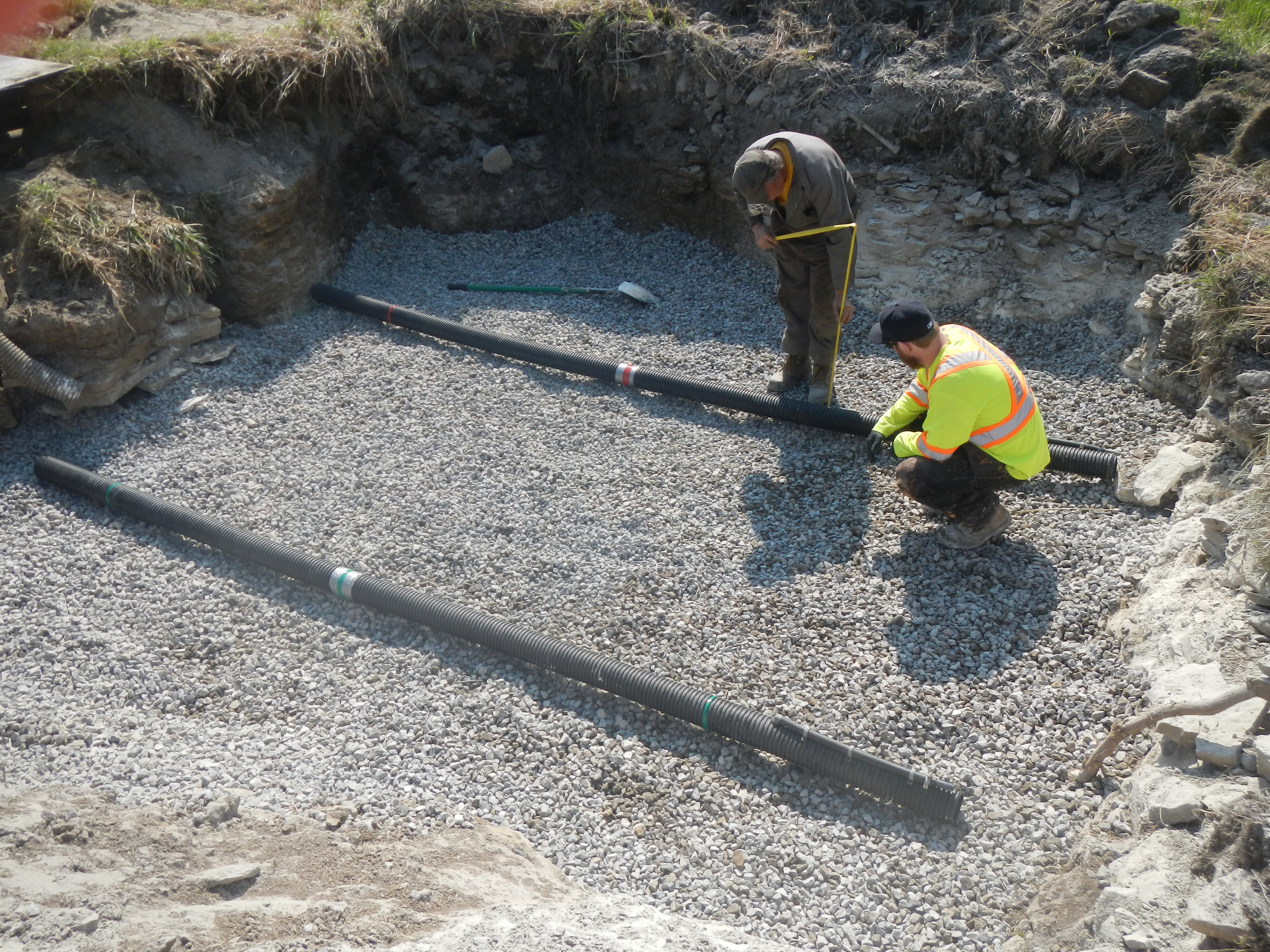 Clean gravel was added to the hole to bring it up above the groundwater level. The excavation was checked for safety and the remediation technicians began installing perforated piping to deliver the chemical remediation to the area. 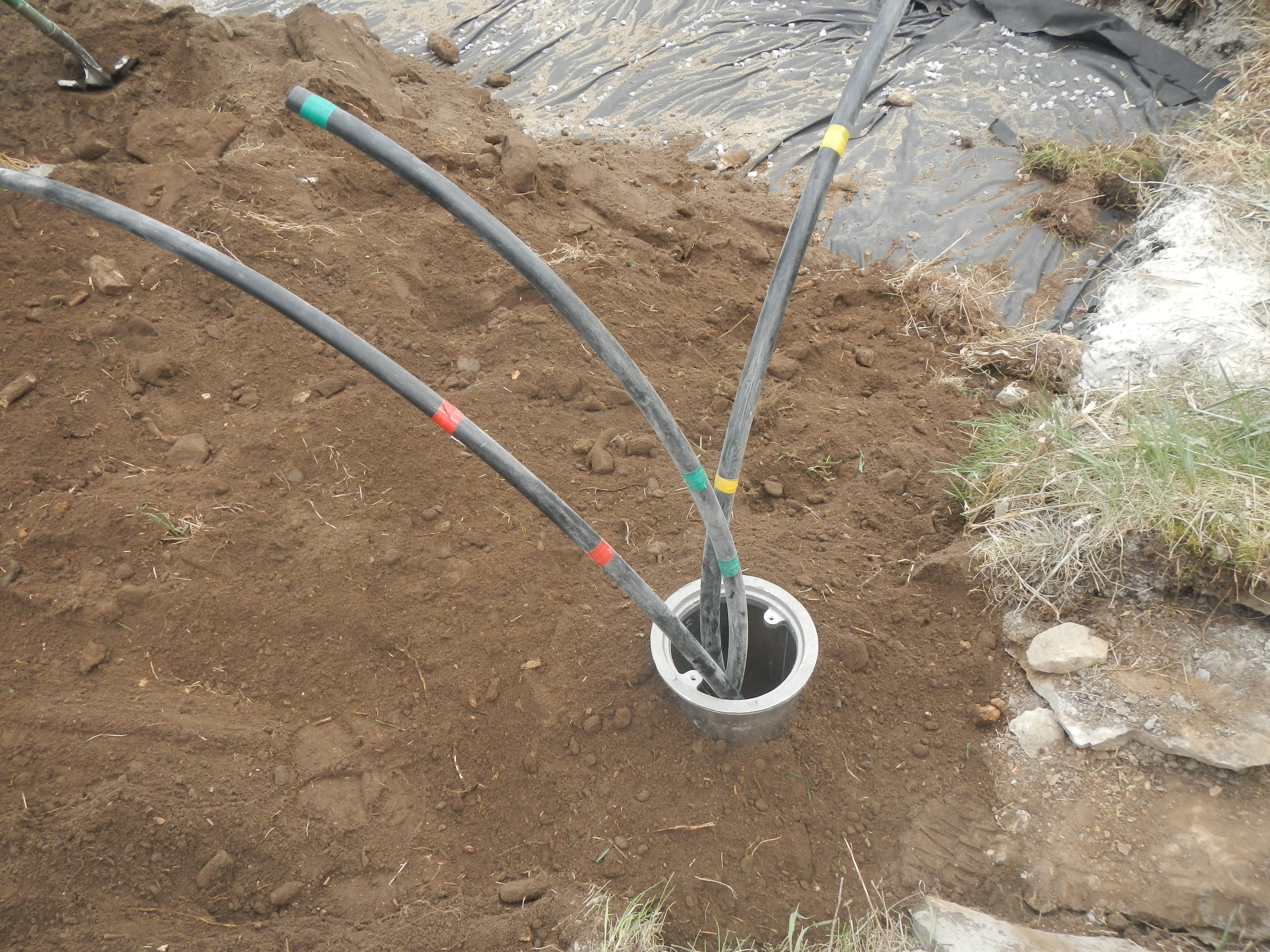 A second layer of clean gravel fill was added, as well as a third vertical well. Tubing was added through risers to facilitate the application of the remediation.

The tubes were eventually cut down to fit in the casing, but kept their colour coded labels.  Above the filter cloth clean fill material was brought in and placed in the hole to bring it up to grade.

The riser tubes will be used to introduce any new remediation mix (calcium peroxide) into the hole if it is deemed necessary.  Onsite groundwells will be sampled 3 and 9 months from trench installation to determine if enough mix has been placed in the hole. Additional mix will only be injected if the groundwater is not found to meet site standards at the 9 month mark.