As an environmental consulting team, AEL understands that even the best laid plans may need to change during a site investigation. Recently, we began investigating a site near Toronto and found evidence of a buried tank that had not been evident in the Phase I ESA. The team had to change the areas of focus, adding to the work scope, in order to ensure that this new discovery was fully delineated and understood, protecting the client from added environmental liability.

Often, changes in a Phase II Environmental Site Assessment or other type of investigation on a contaminated site are due to one of three factors: 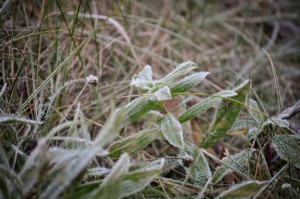 In this case, the change was due to new information collected on site, alerting the team to new and important considerations in their sampling plan. Thankfully, the client had measures in place to allow for this type of change – it didn’t become a big source of stress and AEL was able to complete the investigation without any additional issues.

Here’s how they prepared for this change in their Phase II ESA:

They were realistic – Especially on sites where there has been historical use (as opposed to a never-used vacant lot or agricultural land, and generally not including residential use), there is a chance that the Phase I and II could turn up some kind of issue. Ontario has stringent requirements, especially for the investigation needed when you transition from a less sensitive to more sensitive site use (an RSC is needed), and requires a careful look at all historical use. Prepare yourself for the reality that there will be some work involved, and there could be some surprises along the way. A good environmental consultant will keep you informed and explain things as they investigate (Resource: here’s a list of more things to look for when choosing a consultant).

They left enough time – it is easier to adapt the work plan to any changes when you’re not working under a tight deadline. Consider what kind of assessment your site will need in the coming years – if you’re planning to sell or develop, think about getting ahead and doing some initial screening now to get an idea of what is to come.

They built in a budget that allowed for some flexibility – AEL saved this client a significant portion of the cost of traditional laboratory testing by using on-site screening. This left some margin within the budget for additional testing around the tank that was found, and kept the project from exceeding the client’s upset limit, even with the changed work scope due to additional areas of concern.

On projects where access is challenging (like in Canada’s remote North), it is especially important to plan for the unexpected. Bringing extra equipment, planning for an extra day or two on-site for additional testing, and being connected to local people who can provide guidance and assistance helps when challenges and changes are encountered.