This article first appeared on Electricity Today Magazine. Since original source could not be located on magazine site we are unable to link to source.

Distribution Stations contain high voltage electrical environments and as a result a well-developed safety regime exists to address hazards including specialized personal protective equipment, limits of approach, stray and induced current risks and fire protection. While most of these hazard mitigation measures pose no long term environmental challenges, some do — in particular the use of herbicides to control vegetation around electrical equipment and insulating oil leaking from transformers. 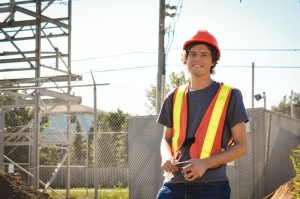 Prior to 1972, arsenic trioxide was a primary chemical agent used in vegetation control by electrical utilities throughout North America. The lasting impacts of this herbicide weren’t recognized, but over time it became clear that the risks to environmental and human health outweighed the benefits of arsenic-based herbicides, and their use was discontinued. Unfortunately, the residual arsenic in soil surrounding substations has lasted long past the use of arsenic herbicides. According to the US EPA, “Arsenic does not degrade over time; it can only transform into other forms of arsenic — for example, organic arsenic may transform to inorganic arsenic or vice versa — or be redistributed through runoff, leaching, erosion, volatilization, or plant uptake.” Because arsenic does not degrade, it remains residually in soil near substations, often at levels that exceed allowable limits and is an environmental liability to the companies that own these sites. Since the arsenic is redistributed through runoff this environmental liability often extends beyond the boundaries of the station to neighbouring properties, many of which include more sensitive residential or recreational land use.

Solution: Arsenic in soil is invisible and therefore determining if a risk exists at a site requires analysis in off-site laboratories or through the use of specialized on-site testing equipment. An on-site approach is preferred as this allows the rapid characterization of the risk through use of an iterative testing regime without waiting for off-site analytical results to be received. Advances in on-site testing equipment ensure detection limits are well below most action levels and the use of approaches such as that developed by the US EPA Triad working group allow the assessment to focus on the area of where the risk is most pronounced.

Solution: Leaking electrical insulating oil is more visible and is generally related to a slow leak from electrical equipment or catastrophic failure. Newer or retrofitted transformer stations often include containment systems to mitigate this risk. When insulating oil does come in contact with the soil or groundwater at a site they show up as petroleum hydrocarbons in analytical testing and therefore regulatory action levels are generally tied to these. The oil is considered a “heavier end” hydrocarbon which is difficult to assess accurately based visual or olfactory evidence and therefore the use of quantitative on-site testing approaches are of benefit assessing a site. PCBs may also be of concern when testing for residual oil contamination.

Last Look: Once the risk has been characterized a management strategy can be developed that generally includes remedial work to mitigate the off-site risk and on-going management and containment of residual contamination at the station to eliminate the potential for recontamination off-site and protect workers.