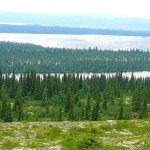 The use of arsenic in agriculture and industry since the early 1900s has increased the concentration of arsenic in the environment.

Arsenic can be found in soil, groundwater, and wastewater – often at concentrations that can be harmful if left untreated. Removing arsenic from water is critical.

One specific way that arsenic impacts the environment is through pesticides used many years ago. Inorganic forms of arsenic such as lead arsenate, calcium arsenate and arsenic trioxide were used in the production of insecticides, herbicides and silvicides prior to 1972.
some continued longer than that.

In more recent years, the production of organic arsenicals such as disodium methylarsenate and cacodylic acid has replaced many of the inorganic forms.

Many properties in Ontario are impacted by arsenic contamination. If it was used in an herbicide or pesticide, or as part of an industrial process, it can remain in the soil for many years.

There are many good approaches for remediating arsenic impacts in soil and groundwater. Based on your site’s unique features, an environmental consultant can help you determine the most effective and efficient way to remediate arsenic impacts.

One example of a remediation of arsenic impacts took place at a former pesticide facility, where a large volume of contaminated water was stored. This water was collected during pesticide production and had high levels of arsenic.

The water needed to be treated to remove the arsenic before it could be discharged to a wastewater plant. Chemical precipitation was identified as being the most effective means of treatment.

Bench- scale treatability testing was completed to determine the effectiveness of various coagulants, including ferric chloride, hydrated lime, sodium sulfide and alum. A combination of hydrated lime and ferric chloride was able to remove more than 99% of the original arsenic concentration, bringing it within allowable limits. Additional polishing treatment included sand filtration and carbon absorption.

Neville Kingham, remediation specialist and technical advisor to AEL, uses innovative strategies to carry out effective remediations. The project described above was completed in 2013.
For information or questions on removing arsenic from water, feel free to call us at (888) 312-2896 or contact us here.